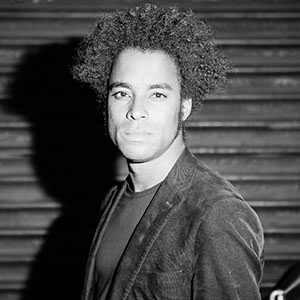 He started his career – similar to many of his idols – singing in a church choir before discovering his passion for blues and R&B as a teenager and performing on the streets of major cities.

Today JEFFREY is a self-confident musician and signer, joining the cultures of Europe and Africa. The combination of his soulful, expressive voice with a good dose of youthful recklessness makes this young “savage“ the first choice to taking the lead at the microphone.

He has performed in numerous projects, e.g. the KAI STRAUSS BAND and the tour of Bobby McFerrin.

With the KING KAMEHAMEHA CLUB BAND, JEFFREY is ready to rock the clubs of the nation and that the female fans really get a kick out of his performance can be readily seen on the King Kamehameha Club Boat Video “Gonna make you sweat”.